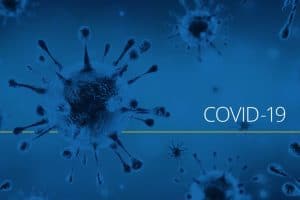 COVID-19: Office Closed to Public but all services still available

To Mail or drop off fee or for more information please contact:

Jones and Associates Insurance Inc. are delighted to support the Exceptional Cancer Care Campaign, knowing that they will be a part of the team that will allow our community to have access to the latest equipment to diagnose, treat and research cancer.

The theme this year is Our Kids Count Goes International.  Think about joining for either a sushi making party on May 21st, or a Nigerian feast on June 9th.  Only 10 spots available per evening, so book early!!  Tickets can be reserved and purchased on line at the link below.

The evenings are a casual learning experience, hands on and so much fun.  Bring a group or come out and make new friends.  And of course bring your appetite!

Recent announcements at the political and insurer level have sparked a number of questions about demutualization and its potential impact. It’s important to highlight that the demutualization process has only just begun. Only proposed regulations have been released which means it’s premature to consider the outcome for customers as of today. IBAO is watching the mutual insurers and draft regulation process closely; once the regulations are finalized, they can review in detail.

The process that federally regulated mutual property and casualty (P&C) companies go through to convert into share companies. Until recently, there were no federal regulations that allowed the process of demutualization for P&C insurers to occur.

Why Would An Insurer Demutualize?

Mutual insurers may have their own reasons for changing their corporate structure. For example, one mutual has stated that an advantage of demutualization is that it provides the company new access to capital by issuing shares in the public and private markets.

As part of the process, policyholders of mutual insurers may benefit from the demutualization process. It’s important to stress that at this time, it’s speculative to comment on what (if any) these benefits would be.

If you have questions regarding this matter please contact our office.

We are very excited to announce that Samantha Mihalus has moved into the role of Account Manager with Jones & Associates Insurance.

Sam has been with our office for over 6 years now. Within that time she has successfully completed her Canadian Accredited Insurance Brokers (CAIB) designation, and is currently working towards the Chartered Insurance Professional (CIP) designation.

We know that Sam will continue to offer her clients the professional and the personable approach when meeting any insurance needs.

Getting a quote is simple and quick! Let one of our experienced brokers find the coverage options to fit your unique insurance needs.

If our office is closed and you need to make a claim, we ask that you try to reach one of us.