The Kakabeka Falls Curling Club had another successful year with the 22nd Annual Jones Insurance Men’s Skins Spiel. It was the second straight year for Zan Lod to be in the A-side finals Sunday afternoon, this year resulting in a win for the Port Arthur Curling Club Skip. 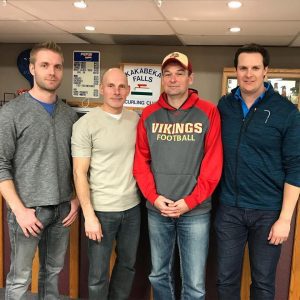 Fans & Participates enjoyed the live band on Saturday night, as Radar & the Rockets rocked the house.

Share on TwitterShare on FacebookShare on PinterestShare on LinkedInShare on Email 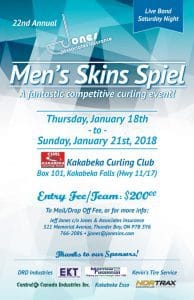